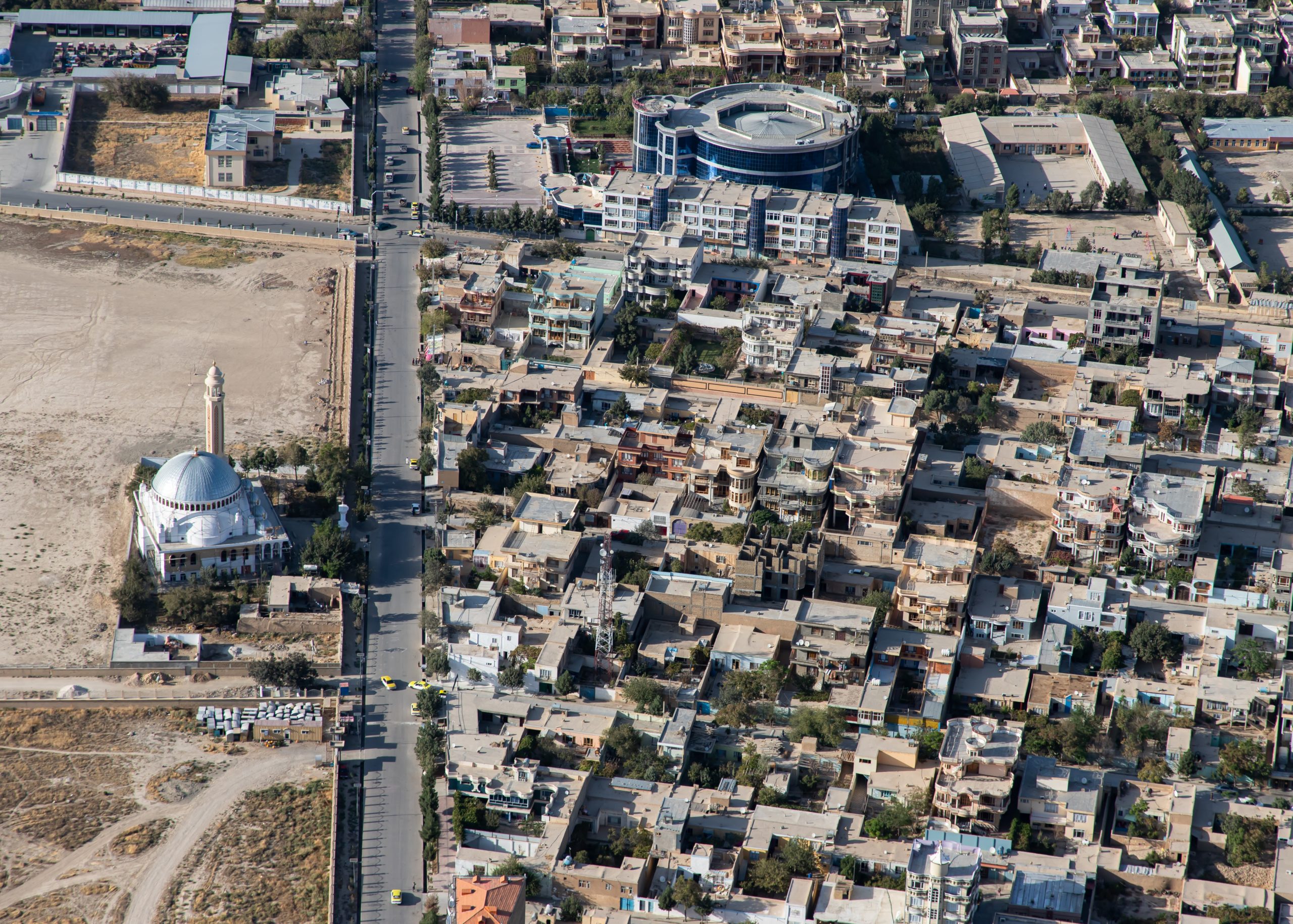 May Jeong had spent two years out of university (she didn’t go to journalism school) working for Reuters and Canada’s Globe and Mail and knew it wasn’t for her. She had just finished a feature for Toronto Life on a religious sex scandal in the Korean Canadian community and realized “magazines suit[ed her] temperament better.”

So Jeong decided to go to Pakistan, then Afghanistan — why go through the travails of starting on the metro desk and toil for years with the hope of being overseas? She stayed for four years. She fell in with other war reporters by virtue of coming from a Western country — and got referrals to editors that way — but showed her doggedness throughout her time there, going on to win numerous international reporting awards. While reporting on the bombing of a hospital in Kunduz for The Intercept, she talked her way onto a helicopter: the UN helicopters, which reporters sometimes have access to, weren’t flying, but Jeong was interviewing someone whose nephew was in charge of the Afghan military’s helicopter manifest.

Jeong has since moved to New York, writing primarily for Vanity Fair, where she has reported on Chinese superstar Fan Bingbing’s disappearance, Patriots owner Robert Kraft’s sex solicitation, and Michael Taylor’s smuggling of former Nissan CEO Carl Ghosn from Japan to Lebanon. We talked about how she set herself up in Afghanistan, as well as other details on her reporting on these Vanity Fair stories.

This interview has been edited for clarity, as per usual, and by Jeong’s request.

Study Hall: You didn’t know anyone when you arrived in Afghanistan. So how does one set oneself up there?

May Jeong: These things all seem daunting at first, but you can figure it out. I think there’s a lot of mysticism around countries like Afghanistan: How does one navigate it? That’s a question I get quite a bit. It’s actually quite easy once you know one person, or you’ve done it once. I do remember I had a press pass the whole time I was there. Eventually, what you realize is you can hire someone to do this for you: In Afghanistan, when I was there, there were lots of people more than happy to take a few hundred bucks and do it for you, and I availed myself of those services.

I also remember, because I was an idiot, for the first couple of years, I may have been the only foreigner to pay taxes [to Afghanistan], because I didn’t realize that no one pays taxes. The process seems inscrutable, but if you make that first phone call to your nearest Afghan consulate, they’ll walk you through it. If you have a lot of patience and time, you will figure it out.

SH: How did you figure out how to freelance?

MJ: I guess you just learn things by osmosis, right? What’s quite clear is: I want to be a reporter, I’m currently not a reporter, I need money, I have some vague sense of what a story is.

I did my first story for The Chronicle of Higher Education — I don’t remember how I knew to pitch them, or what the story was about. Someone must have told me that they’re looking for stories. Then I also wrote a piece for Slate, and then I wrote a bunch, or maybe just one [Ed. note: it was two], for Roads and Kingdoms — this wonderful website — and then I did a story for the New Yorker’s website that first year as well — I remember someone telling me they were looking for stories. Then you build on it and go from there.

I have somehow learned along the way. To give you an idea, [for] one of the first stories I wrote, I didn’t realize you have to send an invoice. Along the way, you realize the idea is that I get paid for this, and I haven’t yet. Then you enquire find out there’s a thing called an invoice, and then you’re like, “I am dumb,” so you send it out, and you do it again. It was a lot of learning on the job and obviously, I’m still learning.

SH: How did you get brought into Vanity Fair?

MJ: I had just moved to New York and I was looking for work, like everybody else. Jin [Auh, Jeong’s agent] set up a meeting with Radhika [Jones, Vanity Fair editor-in-chief], and I went to meet her. It was a great meeting and they put me on a story that summer, then the Fan Bingbing story that fall.

SH: With that story, did you do a “Frank Sinatra has a cold” story because Fan didn’t want talk to you?

MJ: The whole time, I was trying to speak with her and she didn’t want to. Well, she couldn’t; she obviously shouldn’t have. Ultimately, as we have learned, with these stories, it is better if the subject doesn’t actually talk to you, because it creates more opportunities for different storytelling.

SH: As you’re not Chinese and you have no contacts in the film industry, how did you get sources for the story?

MJ: [When] I got that story, I had [only] been to China once — during the Olympics. I don’t know anyone in China. This is not my beat. I was quite desperate and I started asking absolutely anybody if they had been to China, if they knew anyone who’d been to China.

I was at some Asian Society gala dinner in New York, and I was ruthlessly asking around, trying to figure out this impossible assignment. I was seated next to this white girl — I forget her name, Heather, or something. I had been doing the rounds and had no luck. I sit down and I start talking to her and it turns out she was a banker. She tells me she lived in Hong Kong, or maybe still works there, and then I explained I was working on this story, and I think she told me her boyfriend’s cousin’s roommate was Fan’s hairstylist or something. And I was like, “Waah! You have to help me!”

Afterwards, out of my own curiosity — I did this with everybody — I made a list at the end. [For] every connection that tied me back to Fan, it had been six degrees. If you talk to enough people, you can definitely get to her. What I learned, with my great luck, was, as she has been the actress in Chinese cinema and television shows for so long and from such an early age, that if you find anyone who’s working in that space, they’ll have had dealings with her or know people who have worked with her. Once you get through the five or six different layers, it’s not that hard at all.

SH: When you say talking to people, do you mean emailing, calling, WeChats?

MJ: All of the above. Crashing parties, going to dinners.

SH: Did you have to use a translator then, seeing as you don’t speak or read Chinese?

MJ: What I learned is that the world that she inhabits is a multilingual world anyway, so, very luckily, I didn’t really have any trouble with language barriers. Having said that, I worked with a terrific translator who helped translate a lot of documents. Also, because I didn’t know anything about China, I felt I had to read about Chinese literature, recent history, academic texts on Chinese cinema — that’s kinda the fun part, right?

SH: Going back to crashing parties, in your Robert Kraft piece, you talk about how you crashed a Harvard Business School function. How did you go about it?

MJ: I flew in and I read Kraft had some Harvard connection. I somehow found out there was a Harvard alumni event that night so I crashed it. You just show up. You drive to the hotel, give your keys to the valet, you walk in, and you’re there!

SH: Did you just start walking up to people and asking about Robert Kraft?

MJ: Well, you hate yourself and you don’t want to, but you have to, so you give yourself a pep talk in the car and then you walk in. I was chilling at the bar and I met people that way — bars are great places to do that. It was a function: The whole point of this was to mingle. Jeff Greene [a source quoted in the piece] was there, and I met him in a group of other people. It’s like any other social situation; it’s the same thing.

SH: How did you get seedy old men to tell you about their sexual exploits?

MJ: I think if you’re just really earnest and ask the question that you want to ask, people will answer.

SH: Did you have any tricks for what to wear to crash parties?

M: The one thing I did do was habitus — it’s basically like live-action roleplay. In Afghanistan — not everywhere, but in specific areas — I would have to wear a burqa, but it’s not just a burqa — you’d have to wear the right trousers, and the right shoes. In some parts, they carry the Dubai duty-free bag as a handbag, but it can’t be too nice either. So you carry that, and [along with] how you walk, and all of that is what you do to fit in. And in Afghanistan, there’s a security dimension: If you don’t belong, you’re a target.

I did the exact same thing in Palm Beach: I was driving a shitty rental car, and everyone knew I was there because it’s a small town. It was clear, the minute I landed, the uniform was Lilly Pulitzer. One of the first things I did was go and buy a Lilly Pulitzer dress and wear that — it would make people feel comfortable. It’s really superficial, but I was happy to do it, so I did it.

SH: Did you get to expense the dress?

SH: Moving onto the Carl Ghosn story, how did you get to Michael Taylor, the guy who organized the whole escape?

MJ: I emailed him.

SH: Did you have the assignment beforehand?

MJ: It was a huge news story, right? I remember getting an email from my editor that day: just the link, and a question mark. I was in Afghanistan at the time, so I didn’t really do anything about it for a month. We didn’t really know how to tell the story — it was my editor’s idea that we go into the story through Michael Taylor. So I emailed him, and then I went to see him.

SH: What techniques do you have for interviewing people who aren’t willing to give you information?

I think the point is, in the end, only people who want to talk to you will talk to you. I don’t know how much more cajoling and jostling you can do, besides being a polite pest and persistent. There’s only so much that carries you. As a result, a lot of what we do is hard work, but a lot is also chance — are they in a good mood and decide to talk to you that day?

Your job is being present for any potentiality, and reaching out to them routinely until they say yes. And you can say this to them: “It’s my job to check in with you every week. If you have decided there isn’t a circumstance in which you will talk to me, please let me know, and I will no longer write to you.” After that, I’ve had people tell me they haven’t seen that email, or that they’re swamped, but I think being clear is very important.