The first rule of working at the new media company Puck is you don’t talk about Puck.

Two months after The New York Times revealed former Vanity Fair editor Jon Kelly’s then-unnamed subscription-based digital publication, writer Julia Ioffe announced she was joining the mysterious platform with the launch of her newsletter, Tomorrow Will Be Worse. Her Twitter bio describes her as a founding partner and Washington correspondent at Puck.

The rest of Puck’s incoming roster is keeping their lips sealed, but appears to include The Hollywood Reporter’s Matthew Belloni, former Recode senior reporter Teddy Schleifer, former Vanity Fair and Fast Company editor Benjamin Landy, and author William Cohan. Gabriel Sherman, Nick Bilton — both from Vanity Fair — and NBC Senior Media reporter Dylan Byers are also rumored to be joining. [Update 6/23/2021: A source close to the situation says Nick Bilton and Gabriel Sherman were approached to join Puck, but they remain at Vanity Fair.] Other well-known writers, like Times media columnist Ben Smith, New York Magazine Washington Correspondent Olivia Nuzzi, and CBS News correspondent Wesley Lowery are also believed to have been approached, according to sources familiar with the matter. However, none of these writers returned a request or could be reached for comment. 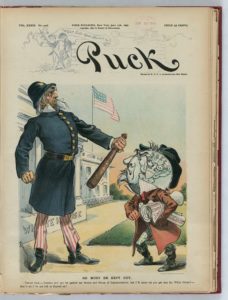 A Puck Magazine cover from June 17 1896, joking about The Silver Question which is pretty interesting if you’re into monetary history. [Source: Picryl.]

Kelly’s venture has been somewhat of an open secret in the media industry since he began reaching out to potential writers in 2019. The name is even an open secret: Puck hasn’t been officially confirmed but appears in the Twitter bios of Ioffe and Cohan. It won’t be the first publication with the name either; Puck was a weekly humor magazine published in the late 1800s. Founded as a German-language periodical by cartoonist Joseph Keppler, Puck ultimately found success when the English-language version launched in 1877. It went on to cover American politics and social issues until 1918.

According to the boilerplate text at the beginning of every Ioffe newsletter, the publication will cover the “intersection of money and power in Washington, Wall Street, Silicon Valley, and Hollywood,” and mimic Substack’s model by giving its writers a percentage of subscription revenue. It will cost subscribers $100 a year, according to the Times, but it’s still unclear what that gets you. Writers are being offered equity in the company and salaries believed to be in the low-to-mid six figures.

Puck bears a resemblance to Air Mail, the newsletter-based publication launched by former Vanity Fair editor-in-chief Graydon Carter and former New York Times reporter Alessandra Stanley: Both projects hail from Vanity Fair and are backed by TPG and even share at least one staff member (William Cohan is also Air Mail’s writer-at-large). Air Mail plans on expanding in 2021, hoping to grow its staff from 30 to 40 by the end of the year, according to Axios. WWD reports that Air Mail’s subscriber revenue was up 183% in the first quarter of 2021 compared to the same time last year, and advertising revenue is up over 50%. However, despite recently raising their subscription rates from $50 a year to $80 a year, the company is not yet profitable and doesn’t expect to be for another three years.

The Puck.news website says only “Coming Soon,” but it appears the @puckdotnews handles have been secured on Instagram and Twitter (the latter follows only Joe Biden, Schleifer, and a user named @puck, likely in hopes of obtaining their coveted handle). In addition to Ioffe’s biweekly newsletter covering Washington D.C., the domain so far also hosts Belloni’s invitation-only entertainment industry newsletter What I’m Hearing and Schleifer’s tech billionaire updates on The Stratosphere.

Whether these publications will remain siloed or will be combined under the larger Puck umbrella remains unclear. Requests for comment went unanswered. Publicly, the people involved in Puck have only said that they’re building an exciting “secret” new media company.

The elephant in the room for Puck’s model is, of course, Substack. Why would writers join a brand new company if they could just start a newsletter, with the same pressure to get subscribers, on their own?

“Anything that gives writers more sense of ownership and more power within the media company structure is a positive thing for me,” Hamish McKenzie, co-founder of Substack, tells Study Hall in a phone call. “The difference is the level of ownership that writers have. With Substack, you have full control, you have full ownership, you own all your content or your IP, the mailing list, even the payment relationships and 90% of the revenue. With Puck, what they’re doing here is still having a central entity as the controller and the owner.”

Investment money will subsidize a few years of operation and Puck’s writers aren’t totally on their own for editorial support. But the brand will have to be stronger than any of the individual writers in order to survive. That’s a trick Air Mail has already pulled off, combining the novelty of the subscription model with traditional advertising from big-name brands like Gucci, Hermes, and HBO — the publication even has a coffee cart. 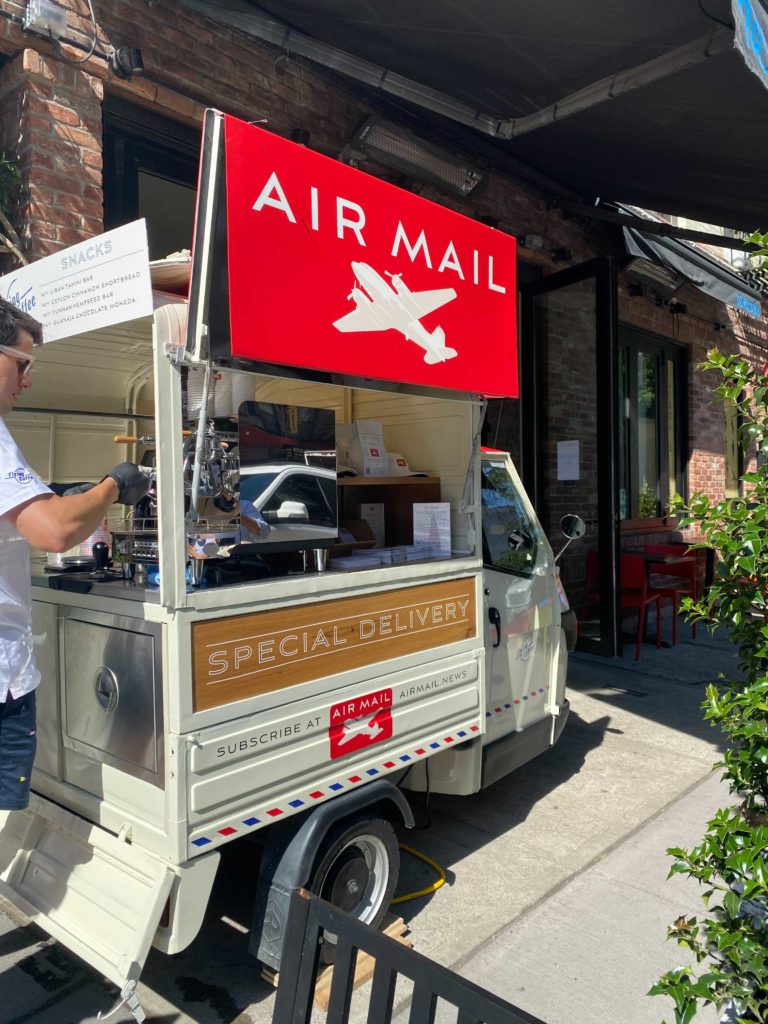 The writing in the three newly-launched newsletters from Ioffe, Belloni, and Schleifer is about as inside baseball as you can get. Being on a subscriber list of a secret-ish company creates a feeling of exclusivity, which is enhanced by things like Belloni’s “invitation-only” wording. You’re invited to lean in so Ioffe can whisper to you about Vladimir Putin’s emotional motives and Belloni can tip you off to the upcoming can’t-miss TV show that doesn’t even have a name yet. But Schleifer’s The Stratosphere, at least, already earned its place in the wider Twitter conversation after he got the scoop on Jeff Bezos’s billionaire ex-wife Mackenzie Scott’s slew of donations before they became public.

Of course, we’re not looking at a complete staff list, so it’s hard to draw any definitive conclusions about coverage or the future, but Puck makes one thing clear: If you’re a star writer of the moment, you have plenty of options as a new wave of investment in both platforms and publications arrives.

[This post has been updated to correct an earlier spelling of Julia Ioffe’s name.  It’s the least we could do.]

Get the best of our content sent straight to your inbox.